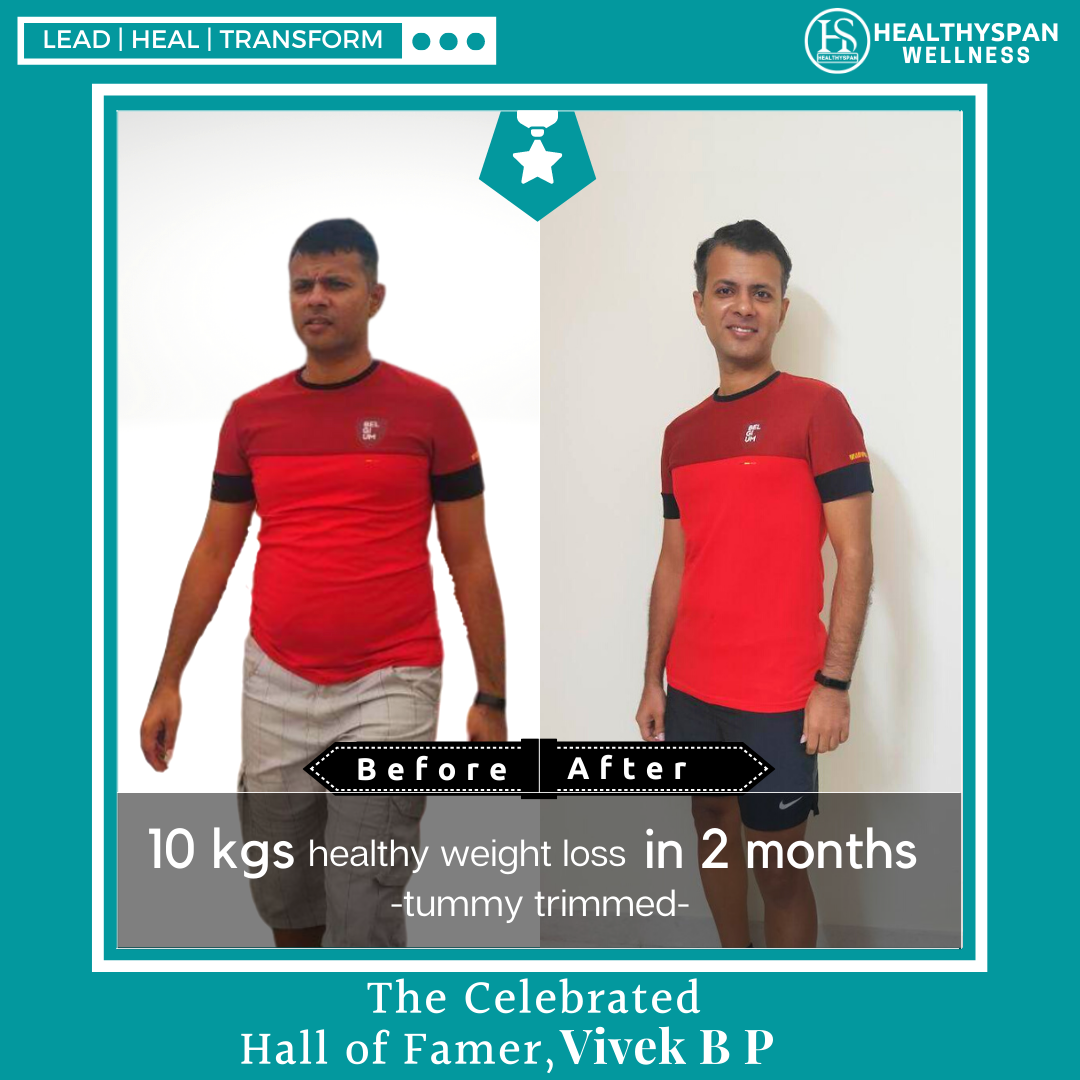 Working in a prestigious MNC with 14+ years of experience in IT industry, Vivek had not thought much about #LosingWeight, as he was already on the fitter side. For the height of 5’8”, Vivek weighed 78kgs which was slightly above normal, according to his #BMI.

Running #Marathons, #RegularExercises were already part of his #FitnessRegimen and he needed no #ExternalMotivation for keeping in the pink of #GoodHealth. But still, with his weight slightly above normal, that extra #BulgeOnTheTummy bothered him.

Along with the responsibility as a senior professional in IT industry, his role as a dad and motivating his daughter formed an important aspect for him which again took his time away from his busy schedule.
The resultant time constraint used to leave Vivek high and dry faced with this fitness challenge; he really wanted to shed the extra pounds to get rid of the bulge around the tummy.

His happiness reached no bounds after he lost 10 kgs within a matter of just 2 months with the holistic approach of #HealthySpan.

Happiness in his voice and tone clearly resonates with the gratitude he has towards the assistance he received especially in planning his diet and micro-chunks of targeted exercises towards his #FitnessGoal smartly distributed throughout the day.

He adds, “I was thoroughly supported in identifying the root cause that was actually causing the #TummyBulge despite my #ActiveLifestyle. I can run much faster and more flexible than before.”

“It has been a great value addition considering I have been a #FitnessEnthusiast and I have always kept fit generally.” He gratefully sums it up.

Talk to a certified Health Consultant today for FREE!